In a 2018 publication, United Nations Environment Programme released that about 125 million tonnes of municipal solid waste was generated in Africa in 2012. It is expected that this figure should double by 2025. Further statistics show that approximately 13% of this generated waste is plastic. That is more than 16 million tonnes! We consume plastic everyday. From our storage containers to our hangers, trash cans and even shoes. Sadly, owing to the nature of plastic, much of this generated waste needs several hundred years to break down. This poses a huge problem as plastic waste can pollute the environment and clog waterways, causing flooding and consequently, the destruction of lives and properties. 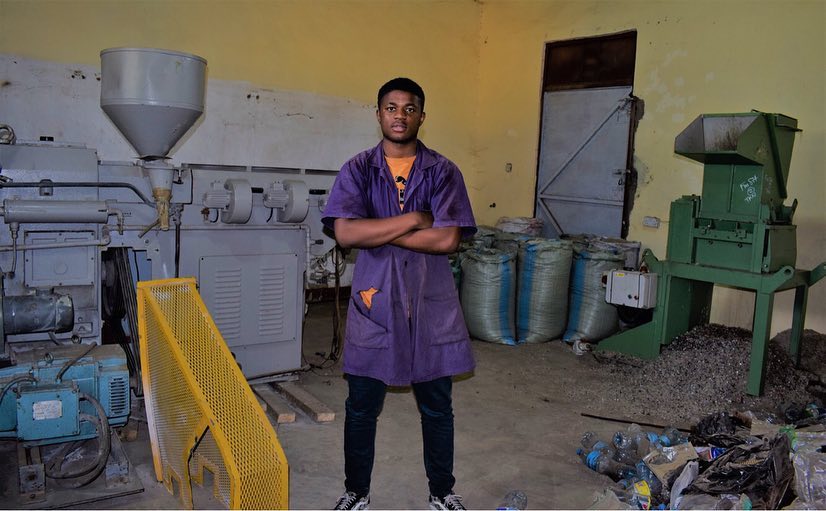 A highly recommended solution, provided by major professional bodies all over the world is recycling. Recycling is simply turning waste into new reusable items. Many industries have begun to invest in the recycling of plastic waste and our highlights of today: Green Venture Tanzania by Edgar Edmund and Aneta by Frederico Hama, are at the front seat of this investment, driving Africa to combat the mismanagement of plastic waste.

At the age of 15, Edgar witnessed a horrifying flood plague Dar Es Salam because of plastic pollution in water bodies. He thought of addressing this challenge by recycling plastic waste into building materials. His vision has metamorphosed into Green Venture fueled with the mission to transform plastic waste into affordable and durable building products. Since its inception, Green Venture Tanzania has grown significantly. They have recycled over 60 tons of plastic and created up to 120 jobs for locals. Some of their products include, plastic paving blocks, interlocked bricks, plastic lumber, roofing tiles, benches and more than 1000 face masks to combat corona.

Frederico’s story is equally inspiring. He founded Aneta, a technology backed waste management solution to make domestic waste pickups efficient and effective. So far, they have established a presence in Ghana and Angola. In Angola, they are currently serving a district that has 1184 homes! They leverage technology to dispatch motorized tricycles for scheduled domestic waste pickups. Frederico understands that many African countries are suffering from mismanagement of waste and is determined to expand Aneta’s coverage to many more African countries in the coming years.

It is through the stories of young change-makers like Edgar and Frederico that our confidence in the potential for a change in Africa’s infrastructure is kept alive. We believe it is through the establishment of ventures like Edgar’s and Frederico’s that we can truly meet the vision of the African Union, where Africa will be recycling at least 50% of its waste by 2023.